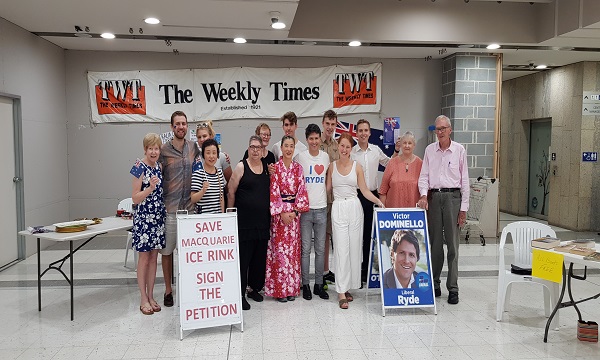 The Village Plaza hosted a ray of Australia Day celebrations along with its shops and customers.

The local member for Ryde and NSW Finance Minister Victor also joined them to enrich the Australian Day spirit and appeal for the petition to save the Macquarie Ice Rink.

The petition has begun circulating after it was revealed the Macquarie Ice Rink would be closing in addition to a change.org petition.

Minister Dominello said he was disappointed to hear the rink would be demolished.

“Growing up in Ryde, I spent many weekends and evenings ice skating with friends and family,” he said.

Mr Dominello said he wanted “as many signatures as possible” before he presented the petition to the Macquarie Shopping Centre and its owners AMP, and asked them to reconsider their decision.

Get in touch for more information